Professor Rosakis Inducted Into the Academy of Athens

Ares J. Rosakis, Theodore von Karman Professor of Aeronautics and Mechanical Engineering, has been inducted into the Academy of Athens in the class of Natural Sciences for his “exceptional contributions to science, in particular in experimental science, in the mechanics of solids, and in aerospace.” He was indicated as a Corresponding Member of this selective academy - there are only 76 members in his section and class.

The Academy of Athens was founded in 1926, as Greece’s National Academy of Sciences, Humanities and Fine Arts. It traces its roots to Plato’s Academy while its name is a reference to the spiritual glory of ancient Athens, which Thucydides calls "the city that is the center of education for Greece.” The academy supports basic and applied research, operates multiple research centers, finances publications, grants scholarships, awards prizes and advises the Greek government on cultural scientific, technical and societal issues of importance to the country.

At the induction ceremony Professor Rosakis gave an academic address in formal Greek to the members of the academy and dignitaries which included: Academy president and particle physicist Dimitrios Nanopoulos, who welcomed him to the academy, vice president and writer Thanassis Valtinos, general secretary and archeologist Basileios Petrakos, and former Prime Minister of Greece and Academician Lucas Papademos. He was introduced by Academician Professor Antonios Kounadis. 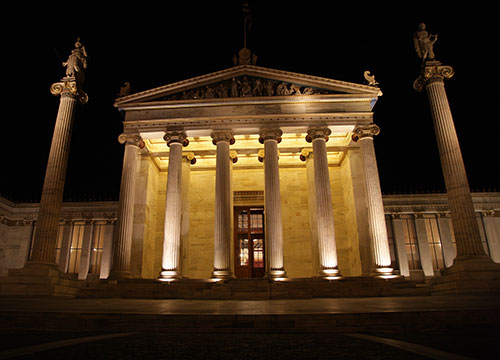 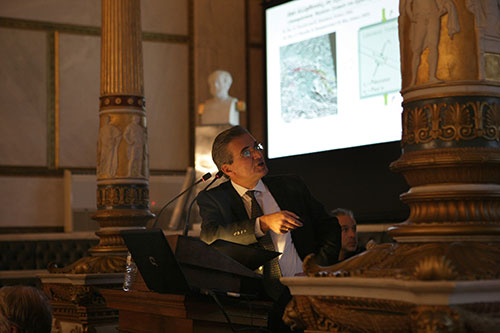 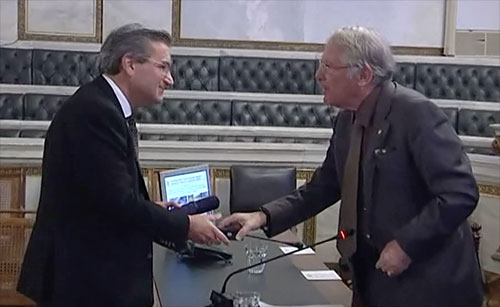