Undergraduate student Dae Hyun Kim, working with Professor Adam Wierman, is the recipient of the 2014 Henry Ford II Scholar Award. Dae Hyun is studying computer science with broad interests including computer graphics and machine learning, as well as mathematics and neuroscience. This summer, he plans to work with Professor Shinsuke Shimojo in applying a novel eigenvector based method of analyzing brain dynamics to study inter-brain dynamics in social interaction. The Henry Ford II Scholar Award is funded under an endowment provided by the Ford Motor Company Fund. The award is made annually to the engineering student with the best academic record at the end of the third year of undergraduate study. 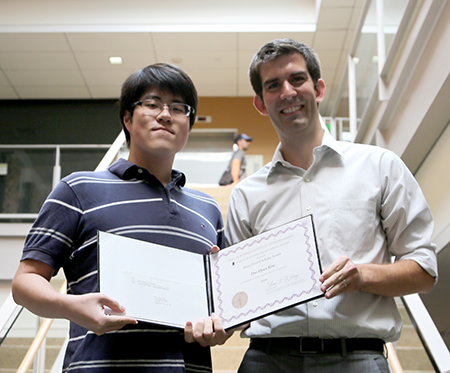