This year's ME 72 design competition consisted of fleets of robot tanks built by undergraduate students climbing hills, capturing bases, and shooting each other with foam balls in an epic series of battles on the Caltech Beckman Mall. After 20 rounds of battle, the Riveters—Mohar Chatterjee, Caroline Paules, Diandra Almasco, and Hannah Chen, who dubbed their team in honor of Rosie the Riveter—emerged victorious, having never lost a single match. They utilized a track-wheeled tank design topped by flywheel-based cannons, and relied on a consistent and effective strategy of capturing two key bases quickly and holding onto them for the remainder of the match. Though the Riveters were the only all-female team, women actually outnumbered men in this year's ME 72 course for the first time in its 33-year history. [Caltech story] 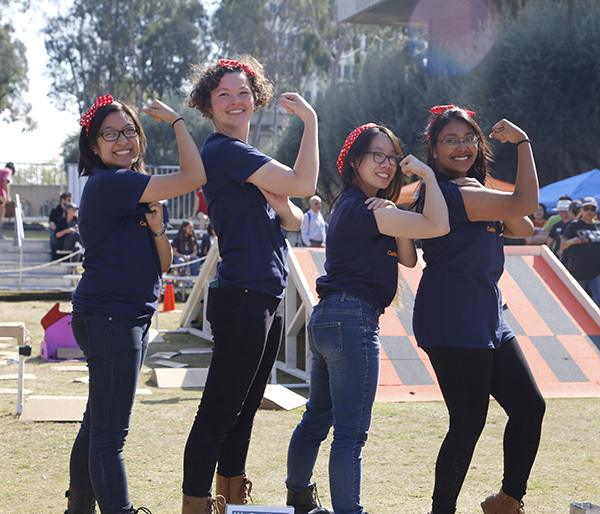