'Round About the Insitute 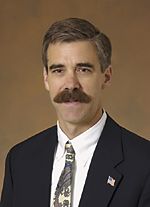 ERIK ANTONSSON, professor of and former executive officer for mechanical engineering, has a new calling: chief technologist for the Jet Propulsion Laboratory (JPL). A national search led by Richard Murray, professor of mechanical engineering and chair of the Division of Engineering and Applied Science, followed a long and winding road to Erik's door. They knocked, and he answered. Charles Elachi, director of JPL, said, "Dr. Murray and his committee interviewed a number of nationally recognized technology leaders and determined that Dr. Antonsson's expertise and experience are an outstanding match for the position." Erik began his two-year leave of absence from Caltech last September (though he still comes to campus one day a week to continue his research).

Probably best known to the public as the creator and driving force behind the course ME 72 and its wildly serious engineering-design contest, Erik will no doubt have new seriously wild adventures at JPL that he may incorporate into future ME courses.

Find out more about Professor Antonsson

THREE NEW ADMINISTRATIVE APPOINTMENTS are bringing a wealth of talent to Caltech's door. Dr. Margo Marshak is Caltech's new vice president for student affairs. "I'm obviously thrilled to have the opportunity to come to such a great institution," says Marshak. "I'm enormously impressed with the quality of the students, faculty, and administration." Fresh from her role as vice president and dean of students at the University of Chicago, Marshak will be the senior Caltech executive responsible for envisioning, leading, advocating for, and managing student welfare and interests.

Gary Dicovitsky is the new vice president for development and alumni relations. Most recently, he served as vice president for development at Pomona College. "Caltech's superior reputation as a research and teaching institution with such depth and capacity in interdisciplinary projects and programs was fundamental to my interest," remarked Dicovitsky. "I am honored to be offered the privilege to help build on the institution's past successes and to interact with such extraordinary faculty, staff, and alumni." 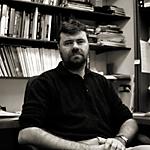 SIMON WILKIE, a senior research associate in economics at Caltech, has assumed the position of chief economist for the Federal Communications Commission (FCC), the agency responsible for regulating the likes of, well, just about everything in our media-mediated world. The FCC, established in 1934, is responsible for regulating interstate and international communications by radio, television, wire, satellite, and cable. As chief economist, it is Wilkie's responsibility to provide independent, nonpartisan advice—from an economic perspective—to the commissioners on various regulatory issues.

"We sort through what is oftentimes conflicting advice given to the FCC, then provide guidance to the commissioners and the chairman." He notes that Congress, for example, will mandate that the FCC should do certain things, like develop regulations for telephone network access by new market entrants, or develop a fair system for auctioning off high-speed bandwidth. But, they don't spell out the specifics of how to do it. "Our job is to come up with the right formula that works, one that is fair to all concerned, and in the best interests of the public."

Stainless Steel, Travertine, and the Biological Sciences: The Broad Center

CALTECH HAS A NEW BUILDING, and it's a looker. (See the inside back cover for a glimpse.) The Broad Center for the Biological Sciences was dedicated in September 2002, and will use its 120,000 square feet to house laboratories and offices for 13 research teams focusing on magnetic imaging, computational molecular biology, and investigation of the biological nature of consciousness, emotion, and perception. Principal funding for the structure came from Caltech trustee Eli Broad and his wife, Edythe.

Speakers at the opening included David Baltimore, president of Caltech; Benjamin Rosen, chairman of the Caltech Board of Trustees; Allen Rudolph, principal with construction company Rudolph and Sletten; Elliot Meyerowitz, chair of the Division of Biology and professor of biology; and Eli Broad. "The Broad Center adds a distinguished architectural achievement to Caltech's already beautiful campus," said Baltimore. "It is a testament to the generosity of many friends of Caltech, led by Eli and Edye Broad, and to the genius of James Freed, its design architect. Most importantly, it's a highly functional building, providing a framework for advances in the biological sciences in the 21st century."

BRADFORD STURTEVANT'S FAMILY AND FRIENDS have created for the Caltech community a place of respite after long days of using brains and brawn. The Sturtevant Memorial Spa was dedicated on May 2, 2002, commemorating the late Bradford Sturtevant, Liepmann Professor of Aeronautics. A seemingly tireless swimmer and promoter of swimming, Sturtevant was a strong advocate for athletics at Caltech, and served for many years on the faculty athletics committee. He played a key role in the planning and construction of the Braun Athletic Center, as well as the planning and construction of the Sherman Fairchild Library of Engineering and Applied Science.

Learn more about our athletics facilities